What is Pill Sedation?

For minimal sedation, you can take a pill and still be awake for your procedure 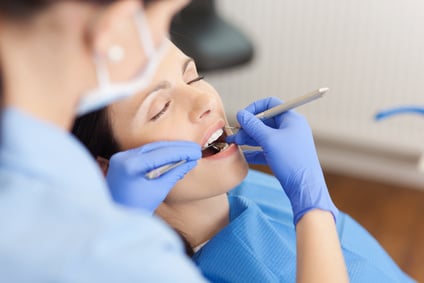 Pill sedation can be given for patients to take an hour or two prior to treatment to help alleviate anxiety.

In most cases, oral sedation in the form of anti-anxiety pills is prescribed for the relief of anxiety in the last few hours before you have a potentially stressful appointment, such as a dental appointment. Those who try to self-medicate often simply take a sleeping pill the night before the appointment or go to bed an hour early. Here are several dentist-approved alternatives that you might be interested in.

In the world of dentistry, the drugs most commonly prescribed for relieving anxiety are in the benzodiazepine family. You may be aware of some of them by their brand names, which include Ativan, Xanax, Halcion and Valium. These stress-relieving pills are able to lower your levels of anxiety by binding to the transponders in the brain that are responsible for fear. The presence of the drug fools the brain into thinking that nothing is wrong, and it does not release the stress hormones it would otherwise.

One important thing to remember is to never travel alone after taking benzodiazepine. When you are under the influence of these substances, it is very easy to become disoriented and lose focus. You might even forget that you had an appointment in the first place! Don’t ever operate heavy machinery such as a car after taking one of these forms of oral sedation; wait for it to wear off first.

Pill sedation can work two different ways depending on the pills you decide to use. Sedative hypnotics will induce drowsiness when taken at normal levels. When taken in higher dosages, they will induce a state very similar to physiological sleep. Anti-anxiety drugs are pills that act mainly to relieve stress and anxiety and allow you to feel calm.

Drugs used for pill sedation are depressants of the central nervous system. This is not a bad thing in and of itself, but it is very important that you don’t take these pills with other central nervous system depressants. If you do, your heart rate and breathing could be forced to dangerously low levels. The use of benzodiazepine has a very soothing mental effect and can make you feel totally out of touch with the rest of the world. In addition, while the drug is in effect, you won’t remember much of what is going on.

If you suffer from anxiety but don’t self-medicate before your dental appointment, the chances are high that your dentist will give you some form of benzodiazepine. You will remain awake but relaxed during the procedure. There are several different name brands that the dentist might use that all have different strengths and weaknesses. One of the most popular in the U.S. is Versed, also known as Midazolam. This substance may cause high levels of memory loss and drowsiness and should kick in after about 10 minutes.